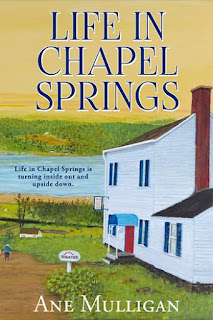 The Story Behind
Life in Chapel Springs

The most asked question I get is what prompted this story. Why Lacey? Why the accident and reconstruction? I’m a visual writer, so I need photos. When I start out with a new book (in this case the series), I find photos of people who look like the character I’m imagining. I use magazines and keep files of faces I’ve torn out of them. While looking for Lacey, I came across two photos appearing almost like a before and after of the same woman.
The resemblance was striking and sparked the “what if” that became Lacey’s story. Many women have life-altering surgery, whether elective, emergency, or life-saving. My research included interviewing a plastic surgeon and a psychologist, so I could be sure I had the psyche right and the surgery results correct. You see, often—more often than not—women have a difficult time with the results of these life-altering surgeries. A high percentage dislike the “new” self. It doesn’t match the image we women tend to carry inside us.
I still had one problem. The character Lacey was a shy, quiet young woman—so shy and quiet, she wasn’t even talking to me! I had to sit on her story for three years. Finally, after two more Chapel Springs books, Lacey “talked” to me. I understood her and could write her story. Maybe she was ready to tell it.


What both Lacey and I both hope women will take away from her story in Life in Chapel Springs is that each of us is uniquely made by God, and as Great Aunt Lola used to say, “God don’t make no junk.”

About Life in Chapel Springs:

Life in Chapel Springs has turned upside down and inside out.
Shy Lacey Dawson was happily writing murder mysteries for the community theater with her eye on Broadway. Then, a freak accident results in traumatic injuries requiring facial reconstruction. When the bandages come off, Lacey’s world is tuned inside out. Will Chapel Springs rally behind its own … or will life unravel?
Is it a midlife pregnancy or … cancer? Claire will keep her secret until she’s sure—but it isn’t easy. Neither is trying to buy a home pregnancy test without anyone finding out. Between her twins’ double wedding, the caterer cancelling, a looming nationwide art tour and her health, Claire’s life is upside down.
Gold has been discovered in Chapel Springs and the ensuing fever is rising. Then Mayor Riley discovers someone has bought the mineral rights to his land. A stranger and his nefarious investors set out to buy all the homes in Chapel Springs and mine the gold. Will life in Chapel Springs become the tailings of a gold mine? 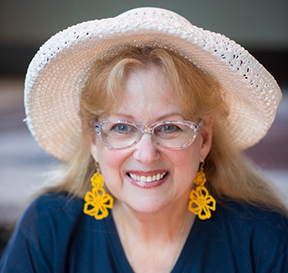 While a large, floppy straw hat is her favorite, award-winning author Ane Mulligan has worn many: hairdresser, legislative affairs director (that's a fancy name for a lobbyist), CEO of a Community Theatre group, playwright, humor columnist, and novelist. She firmly believes coffee and chocolate are two of the four major food groups. Ane resides in Sugar Hill, GA, with her artist husband. You can find her on her website, Amazon Author page, Novel Rocket, Facebook, Twitter, Pinterest, LinkedIn, and Google+.
Posted by Delia Latham at 1:30 AM 1 comment: 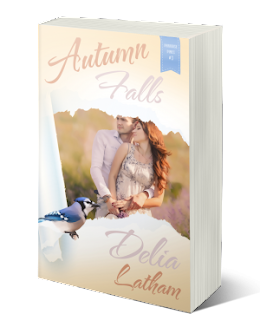