Guest Author Julie Arduini: When There's No Plan B

A huge welcome to my guest author, Julie Arduini! 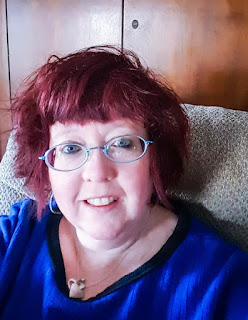 When There’s No Plan B


When I wrote book one in my Surrendering Time series, ENTRUSTED, Trish Maxwell was in New York City fulfilling a dream job. Although Trish spent time in Speculator Falls, she made it clear that she resented the Adirondack mountain community. Of all the characters in the village, Trish definitely was not the nicest.

Fast forward and in book three, ENGAGED, Trish is the heroine. She’s back in Speculator Falls without a career, living with her parents. Life has not worked out like she planned. More than not having her dream job, she left her hometown in a hurry without saying goodbye to hardly anyone. The senior citizens she used to take care of at the senior center are angry. Her ex-boyfriend eventually got over his hurt and married the girl who replaced her at the senior center. Trish returns home with no friends and no prospects in her field.

Trish’s mom offers her a job at the department store she manages, and as Trish mingles throughout the community asking forgiveness of those she hurt by leaving with a superior attitude and without saying goodbye, they all ask the same thing—what’s next? She realizes her education and dreams were all invested in getting an events planning job in New York City. She has no idea what comes next.

ENGAGED has been fun to write and explore the theme of finding commitment when there is no Plan B. Trish gets in all sorts of predicaments as she tries to forge a new path as someone who can be trusted to stick around. When she meets paramedic Wayne Peterson, she also has to take him and his son into consideration as she decides what she wants to do. The department store isn’t a passion for her, but it’s close to home and helps her family. Creating window displays throughout the Adirondacks is something she loves, but it would require a lot of marketing, travel, and fundraising. And the bright lights of New York City haven’t completely dimmed for her. Trish has a lot on her plate as she discovers who she is and what she’s supposed to do.

I remember as a new college graduate, I was certain my adult life was going to be in Rochester, New York in public relations. Each resume I sent out was with visions of what my apartment would look like, who my colleagues would be. Not long after graduation I became a Christian, and even so new in faith, I realized doors were closing for my dream. Not only did I not end up in Rochester, I was back in my hometown, living at home. When I did get a job, it wasn’t as much publicity as it was human services. Only God knew that the job would be a decade long ministry adventure where I placed senior citizens fifty-five years and older into not for profit volunteer positions. That plan not only gave me many grandparents after never having any growing up, it gave me a delightful blend of characters you see in the Surrendering Time series.

Does Trish ever find what she’s meant to do? Can she be grateful for the death of her dream and exchange it for God’s plans? Well, you need to read ENGAGED to find out. I believe you’ll enjoy her story, available on Amazon June 26.

How about you? Have you ever had to exchange your dreams for God’s plans? I’d love to hear your story! 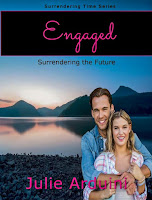 Trish Maxwell’s back in Speculator Falls with egg on her face and a lot of apologies to make. She left the mountain town for her dream job in New York City, only to come back unemployed. With no prospects, she works at her mom’s department store and makes amends as she finds a new passion creating window displays for Adirondack businesses. She works hard and tries to convince the people of Speculator Falls she’s changed for the better.

As Trish pitches in with community events, she meets paramedic Wayne Peterson, the one man who doesn’t seem to judge her. She even makes friends with Jenna Regan, who helps Trish when people demand to know what’s next in Trish’s life. Living in New York City has been her goal, but the more she’s around Wayne and the Adirondack area, the more she’s drawn to revising her plans. Just when Trish thinks the plan for her life’s coming together, a second chance comes her way that could give her every career goal she’s ever wanted, but threaten to tear her and Wayne apart. Can Trish surrender fears about her future and discover God’s plan for her?

Julie Arduini loves to encourage readers to surrender the good, the bad, and—maybe one day—the chocolate. She’s the author of ENTRUSTED: Surrendering the Present, as well as ENTANGLED: Surrendering the Past. The last book in the series, ENGAGED: Surrendering the Future, is coming in June. She also shares her story in the infertility devotional, A WALK IN THE VALLEY. She blogs every other Wednesday for Christians Read, and also is a blogger for Inspy Romance. She resides in Ohio with her husband and two children. Learn more by visiting her at http://juliearduini.com, where she invites readers to subscribe to her monthly newsletter full of resources and giveaway opportunities.
Facebook
Twitter
G+
Pinterest
Instagram
Snapchat
Goodreads
Amazon
Monthly Newsletter
Posted by Delia Latham at 9:34 PM