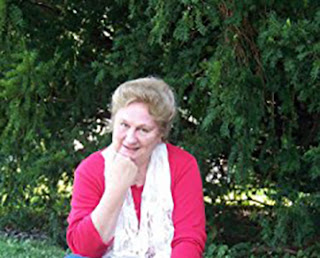 I'm Not Your Average Spy

You wouldn't think romance would play a part in being a spy, but sometimes it does. Wives, girlfriends, and new friends that tie into a spy's life—all of these relationships allow romance to blossom...and increase the danger.
When you play with danger, you'd better have a backbone of steel, a fortitude that gets you through the best and worst of situations. Sometimes it can be routine actions, but at other times, danger is present. You're living in serious conditions, playing at being someone you're not, loving the thought that you're living on the edge and beating the chances.
Knowledge that you steal, that you know, when no one else does is your job description. Knowledge that you can share...or hide. Information that most times is important and for which is highly prized with monetary and other valuable items as rewards.
Secrets are sought after and then shared with the person desiring to know them. In the case of countries and agencies, it's important NOT to share them. In the case of spies, it's important to find them and share.
Living overseas and/or on home soil can be advantageous and profitable. It's alluring to many spies to live in beautiful countries and homes, enjoy social privileges, and to have the best when, if left in their home countries, life might never reach that plateau of pleasure.
Of course, being a spy includes the possibility of getting caught. Most times a prison sentence is issued, and at times, in some countries, death is used as a manner of punishment.
From Biblical Times until day's world, countries and groups have had their spies. Some on home soil and some serving overseas. Some spies are well known and some of whom may never be known. Many are successful for years, passing on information and secrets, receiving vast sums of money while others receive little or no pay. But the price if caught?

Biblical Spy:
In the book of Joshua, when Joshua sent two men to Jericho to spy out the land, they went to Rahab's house. She hid them on the rooftop among stalks of flax, and they escaped with both information and their lives.
U.S. Spies:


In my WWII Spies series, I focus on spies serving the U.S. The first book, With Music in Their Hearts, has Tyrell Walker, enlisted as an unknown, civilian spy who's been asked to find the spy serving Germany and living in Cincinnati. Along with danger and romance, Tyrell finds that secrets and living on the edge is just as much a part of his current lifestyle as being a minister.
In the second book (coming this month) A Flute in the Willows, Jerry Patterson, is recruited to head to Germany. There he not only is able to fulfill the request from his government, but comes in contact with danger and an injury that almost takes his life. Only God and his wife are able to draw him back to himself after he returns to America.


Writing about spies opened my eyes to the extreme conditions and dangers that are a part of the lives of these—both bad and good—men and women. My hat's off to the good ones who use their highly developed senses and intelligences for the good of our country!

About With Music in Their Hearts: 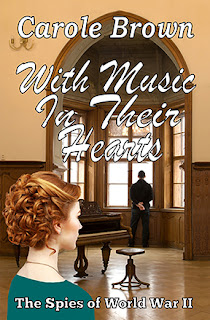 Angry at being rejected for military service, Minister Tyrell Walker accepts the call to serve as a civilian spy within his own country. Across the river from Cincinnati, Ohio, a spy working for a foreign country is stealing secret plans for newly developed ammunition to be used in the war. According to his FBI cousin, this spy favors pink stationery giving strong indications that a woman is involved.
He’s instructed to obtain a room in the Rayner Boarding House run by the lovely, spunky red-haired Emma Jaine Rayner. Sparks of jealousy and love fly between them immediately even as they battle suspicions that one or the other is not on the up and up.
While Tyrell searches for the murdering spy who reaches even into the boarding home, Emma Jaine struggles with an annoying renter, a worried father (who could be involved in this spy thing), and two younger sisters who are very different but just as strong willed as she is.
As Tyrell works to keep his double life a secret and locate the traitor, he refuses to believe that Emma Jaine could be involved even when he sees a red-haired woman in the arms of another man. Could the handsome and svelte banker who’s also determined to win Emma Jaine’s hand for marriage, be the dangerous man he’s looking for? Is the trouble-making renter who hassles Emma Jaine serving as a flunky? Worse, is Papa Rayner so worried about his finances and keeping his girls in the style they’re used to, that he’ll stoop to espionage?
Will their love survive the danger and personal issues that arise to hinder the path of true love?
Purchase on Amazon


Besides being a member and active participant of many writing groups, Carole Brown enjoys mentoring beginning writers. She loves to weave suspense and tough topics into her books, along with a touch of romance and whimsy, and is always on the lookout for outstanding titles and catchy ideas. She and her husband reside in SE Ohio but have ministered and counseled nationally and internationally. Together, they enjoy their grandsons, traveling, gardening, good food, the simple life, and did she mention their grandsons?