About Christmas in Delaney Mountain 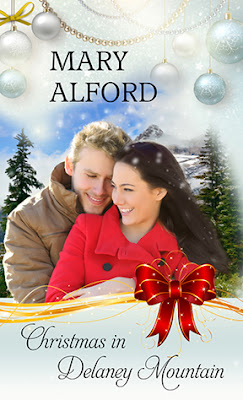 Kara Edwards has been looking over her shoulder for years. After being kidnapped and held hostage by a man who claimed to be her late husband's friend, she's no longer in the trusting business. She moves to Delaney Mountain with one expectation: to outrun her stalker. Never does she expect to meet a man like David Delaney—one who not only makes her want to trust again, but to love again, too. David Delaney is drawn to Kara from the first moment he meets her. There's an attractive strength behind her no-nonsense caution and independence. He knows Kara is running from something, but nothing prepares him for what she has to say. When Eli Redford escapes from prison, Kara and David find themselves on one side of a Christmas Eve showdown that brings everything to a deadly head.

Two months. She’d spent the last two months looking over her shoulder and yet the expected nightmare hadn’t returned. There’d been no word from him. No sightings. Only silence.
So why couldn’t she relax? Begin to enjoy life once more?
Because this routine was a familiar one. The last time had been four months. The time before six. The only variable in the equation was that there was no variable. The routine – his routine -- never faltered.
He always found her.
So, no matter how tired, or frustrated, or fed up she became, she couldn’t let her guard down because it had only been two months and she was convinced, even after moving to a remote village in Colorado, he would find her again.
At times, Kara felt like a ghost without a past. Transparent. Truth be told, she barely remembered the woman she’d once been…before him.
Kara glanced out the window at the gathering darkness. It came quickly at this time of the year in the shadow of the mountains. The news had been broadcasting a huge winter storm on the way. 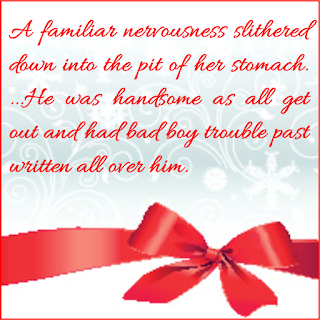 It was almost six. Amy would start to worry if she didn’t show up soon, yet she couldn’t afford to upset her boss. She needed this job. She was barely hanging on financially as it was.
Kara picked up the phone to call the woman who watched her four-year-old daughter Maya. Before Amy had a chance to answer the call, Kara's boss stepped out of his office and into her personal space. Immediately, she dropped the receiver back into its cradle to the sound of Amy’s "hello".
A familiar nervousness slithered down into the pit of her stomach. It reared its unwelcomed head every single time David Delaney came within twenty feet of her. It didn't help that he handsome as all get out and had bad boy trouble past written all over him.
Today, his straight, dirty-blond hair had been hastily pushed back from his face. It stood out in several places. She noticed that it came close to touching his collar and he hadn’t shaved in several days. David’s stubble darkened his strong jawline, drawing her attention to his face. She suspected he'd pulled quite a few all-nighters lately.
When David had first hired her, he’d explained that he and his brother were expanding their ranching business and had bought up several hundred acres of land across Delaney Mountain from the original ranch. David was charged with getting the new ranch up and running, which was huge undertaking in of itself, especially now that his brother had taken a leave of absence to be with his wife who was on strict bed rest during the final stages of her pregnancy.
While David seemed to enjoy the challenge, the running of the entire ranch fell squarely on his shoulders, resulting in many long days….and nights. He’d told her that the ranch foreman, Noah Henderson, was a tremendous help, but still. the pressures had to be enormous.
Kara glanced up and found David watching her and regretting the color creeping up her face.
He had the most amazing smoky-blue eyes Kara had ever seen. Whenever he came close enough for her to smell his aftershave it reminded her of how long it'd been since she was close enough to a man to smell his aftershave. And as always her thoughts drifted to Bryce. She still missed him terribly. It was hard to believe it had been almost five years since she'd buried her high-school sweetheart, and the love of her life.
Lately, it seemed life was reminding her more and more of the things she'd lost with Bryce. Yet she just couldn't picture herself going back there with anyone else. Especially now. After she’d survived him.
Kara squared her shoulders. She couldn't afford to give in to a little mild attraction. Her life and Maya’s depended on Kara never losing sight of the past. 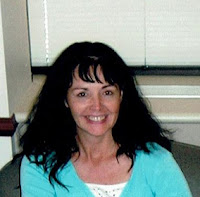 Mary Alford was inspired to become a writer after reading romantic suspense greats Victoria Holt and Phyllis Whitney. Soon creating characters and throwing them into dangerous situations that test their faith came naturally for Mary. In 2012 Mary entered the Speed Dating contest hosted by Love Inspired Suspense and later received “the call”. In addition to writing for Love Inspired Suspense, Mary also writes Christian romance and sweet romance. Being a published author has been a dream come true for Mary.


You can learn more about Mary's work at her website: www.MaryAlford.net, or connect with her on Facebook.
Posted by Delia Latham at 1:30 AM