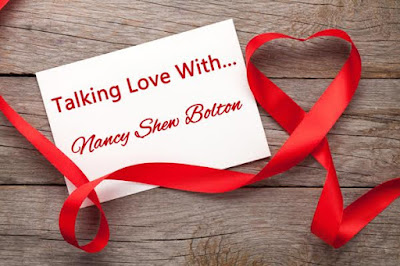 For me, I had a close, loving family growing up, but we hit some rough times when my siblings and I were all teenagers in the 1960’s, and the closeness often became strained and rocky, especially with our Dad who felt pretty overwhelmed with his outspoken, stubborn children. How I longed for the uncomplicated days when we were smaller!

I’d always gotten along well with boys, and often preferred their company. But due to a childhood trauma, as I grew older, I was wary of any romantic relationships, and figured I’d never marry since the whole dating process appeared pretty scary to me. Though I perceived interest from various boys during high school, I kept a friendly distance, protecting myself from the titanic hurts I watched my siblings suffer as they navigated through their dating years.

Then, in my junior year, when I was seventeen, I became re-acquainted with a boy who’d once lived next door to us years back, and who I’d hardly seen in recent years. He had soulful, dark blue eyes, and a marvelous, quirky sense of humor which captivated me. He didn’t show any of the annoying romantic attention that always made me wary, and I delighted in humorous bantering with him, and sharing comic observations about everything. He was such fun to talk to.

Somehow, he snuck through my giant defenses, and I found myself fascinated at the thought of getting to know him as more than a friend. Though I resisted it once I realized he was becoming romantic toward me, it grew more difficult to push away the strong feelings I had for him. To his credit, he waited and maintained our friendship while the attraction deepened. When I finally opened the door to my heart, he rushed in and though we’ve had our rough times, now five sons and 40 plus years later, he still makes me laugh and is my other half.

We also shared our spiritual journey toward new birth in Christ in our twenties, and God has been a huge part of our ongoing relationship. I am well and truly blessed with love, and children and we even have two grandchildren now. We’ve never had a regular sort of life, but I’m comfortable being rather an oddball, and so is my husband, who first taught me to embrace my eccentricities, and enjoy them, just as he’s always enjoyed his and mine. God makes all kinds of quirky folks, and I’m so happy to share my life with my husband John, though honestly sometimes he drives me nuts!!! I wouldn’t have it any other way! 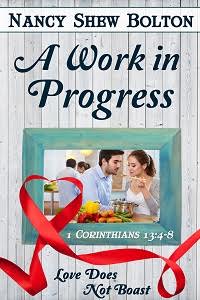 
There’s something cooking outside the kitchen….

They’ve worked together for two years, but that’s all they have in common. Like oil and water, they just don’t mix. Julie thinks he’s a shallow flirt, Mark thinks she’s a cold fish. Despite their mutual dislike, they’ve carved out a civil work relationship at the restaurant. But after each of their inner worlds suffer a jolt; the careful, polite kitchen routine becomes a stew of conflicting emotions. Things are about to get interesting.

Purchase A Work in Progress

Read an Excerpt
Posted by Delia Latham at 10:23 AM