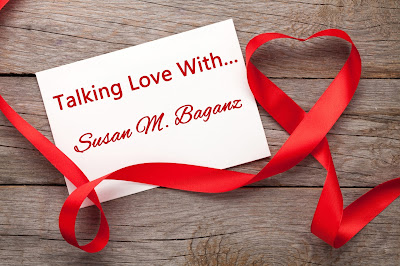 You would think the author of countless romance stories would find it easy to write one out of her own life. But it’s not.
Growing up, I would walk home and look up to heaven, spin around, and wonder if God was taking my picture. Did He care for my overly-sensitive, hurting and lonely heart? All a teacher had to do was look at me wrong and I’d burst into tears until sixth grade when I learned to hide my pain.
The sweetest love story is when, after years of sensing God’s call to me, I finally understood that I could respond. That he was waiting for me to do so! James 4:8 says “Draw near to God and He will draw near to you. (NASB)” Really? He wasn’t some distant King high on a thrown beyond my reach. I first came to understand this at a Campus Life/Youth for Christ meeting.
For weeks I had begged some friends to let me come to a meeting. They seemed happy. They had something I didn’t. And they would go to concerts for groups like . . . Petra, who I had never heard of. Finally, I was invited and we had a conversation about misconceptions people had about Christianity. I was raised knowing about God and taught to fear Him, so I was fully engaged in the conversation. Then the biggest misconception hit me—that people didn’t understand that they could have a personal relationship with Jesus Christ.
Whoa. Really?
I prayed right then and there and my entire world shifted.
I went out and bought a Bible and started devouring it. Opposition came but I clung to Christ. To a hurting, lonely fifteen-year-old, the fact that the God of the universe wanted me—Me?—was a huge revelation. When depression plagued me, I was told I was trying to manipulate people. The only reason I never attempted to take my life was because of the love of God.
Thirty-five years have brought me through many trials and triumphs, deep pains and sweet moments. God has been there by my side through all of it. I wish I could say that I’ve been as faithful to Him as He has been to me. It’s hard when people have wounded me deeply to trust the God who allowed it to happen. Yet I wouldn’t be here without Him. He’s led me, grown me, matured me . . . and I’ve learned that in Him I have more strength than I could ever have on my own. Some trials I look back on in wonder at how I was able to respond the way I did. That couldn’t have been me, could it?
Only God.
Through abuses, betrayals, heartache, He has been my constant. My one true love. When I write my romances my hope and prayer is that at some level the reader will understand the love of God that underlies the journey’s my characters take.


God is faithful. He has never abandoned me. The fact that He gives me the opportunity to put some of those experiences into my stories to bless others is just another example of His love for me. 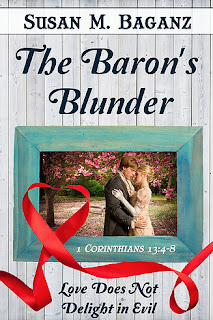 Fighting evil has been a hobby, but fending off marriage-minded debutantes—a chore.
Lord Charles Percy fends off a land pirate robbing a carriage in broad daylight. Noting he has rescued a beautiful debutante, he lies about his title claiming to be a mere mister.
The Honorable Henrietta Allendale isn’t convinced Mr. Percy is who he claims to be. But after he admits to one blunder can she ever truly trust what he says? Especially about the evil threatening her? Who is the Black Diamond anyway and why would he be after either of them?
One intrepid debutant and one bumbling Baron soon join forces to defeat evil. But to do so might mean they have to sacrifice the one thing they’ve each held as most important—their single status.
Can the truth set them free to love?
Posted by Delia Latham at 6:33 PM