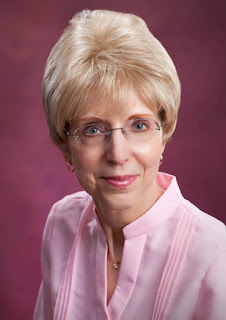 A Hero’s Motivation
Why would a man with a successful career as the town’s only attorney decide to run for sheriff? That’s the question I asked myself when I created Travis Whitfield, the hero of A Stolen Heart. The answer wasn’t difficult to find. All I had to do was consider what was happening in Texas while Travis was growing up. T.R. Fehrenbach’s Lone Star: A History of Texas and the Texans provided some fascinating details.
Though Travis was too young to have served in the War Between the States, there’s no doubt that its aftermath shaped him. It wasn’t only his father’s bitterness at having lost the war…and a leg at Gettysburg. Even more importantly, Travis saw the excesses of the Carpetbagger regime and the problems that occurred during E.J. Davis’s term as governor of the Lone Star State.
If you’re not a Texan, you may not have heard of Edmund J. Davis, so I’d like to share a bit of history with you. When Davis set his sights on being elected governor in 1869, he and his cronies were so determined that he would be victorious that they did everything they could—legal and not so legal—to ensure it. Some voting registrars summarily rejected not only men who’d fought for the Confederacy but also Unionists who didn’t agree with the Carpetbaggers. By keeping so many men from voting, Davis had a better chance of winning.
But he didn’t stop there. The Army, which was controlled by the Carpetbaggers, supervised the polling and was quick to shut down any polling place where someone protested. As if that weren’t enough, in one county the registrar fled, taking the list of voters with him so that no one could vote. In another, the votes were counted by only one man— a Davis supporter, naturally. After all that, it was hardly a surprise that he won.
As soon as he took office, Davis began to exercise his power through the passage of the Militia Bill, which gave the government the power to declare martial law at any time. The Enabling Act allowed the governor to appoint almost every official in the state, leading—as you might expect—to corruption. The Printing Bill established a state press, which helped control the spread of information. And then there was the creation of the State Police. Not only were a number of former criminals appointed to the police force, but the State Police were authorized to act as secret agents, which was not a common practice at the time. Contrary to prior law, the State Police were also allowed to take prisoners from one county to another to stand trial, presumably so they could control the outcome of the trial.
As you can imagine, all this led to abuses of power, something an intelligent and impressionable young man would abhor. Having seen what could happen when the wrong people controlled the police, Travis was determined that that would not happen in his town. And so he ran for sheriff.


As for E.J. Davis, he was defeated in the election of 1873 but tried to have the results overthrown. When that attempt was unsuccessful, he refused to leave the governor’s office and petitioned President Grant for troops to support him. That request was denied. Ultimately, Davis left the building but kept the key, forcing the new governor to have the door to his new office broken down. Davis’s reign was over but not forgotten, at least not by my hero.

About A Stolen Heart: 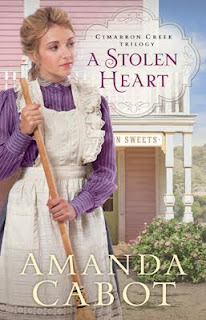 The future she dreamed of is gone. But perhaps a better one awaits . . .
From afar, Cimarron Creek seems like an idyllic town tucked in the Texas Hill Country. But when former schoolteacher Lydia Crawford steps onto its dusty streets in 1880, she finds a town with a deep-seated resentment of Northerners—like her. Lydia won’t let that get her down, though. All will be well when she’s reunited with her fiancé.
But when she discovers he has disappeared—and that he left behind a pregnant wife—Lydia is at a loss about what to do next. The handsome sheriff urges her to trust him, but can she trust anyone in this town where secrets are as prevalent as bluebonnets in spring?
Bestselling author Amanda Cabot invites you into Texas’s storied past to experience adventure, mystery—and love.
Purchase Links:
Amazon
Barnes & Noble
Christian Book Distributors

About Amanda:
Amanda Cabot is the bestselling author of more than thirty novels including the Texas Dreams trilogy, the Westward Winds series, the Texas Crossroad trilogy, and Christmas Roses. A former director of Information Technology, she has written everything from technical books and articles for IT professionals to mysteries for teenagers and romances for all ages.  Amanda is delighted to now be a fulltime writer of Christian romances, living happily ever after with her husband in Wyoming.
Social Media Links:
www.amandacabot.com
https://www.facebook.com/amanda.j.cabot
https://twitter.com/AmandaJoyCabot/
http://amandajoycabot.blogspot.com/
Posted by Delia Latham at 6:30 AM