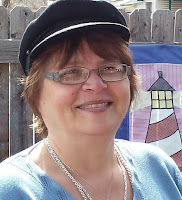 
Several people have asked me “Why a pseudonym?”, so I thought perhaps more readers and authors might want to know the answer, as well. Within the Christian community, I’ve had folks who said, “Isn’t that like lying?”
The answer to the first question is perhaps easier than to the second. So I’ll start with the second.
In the Bible, we see many instances of folks being given new names. Abram became Abraham and Sarai became Sarah because God changed who they were. Jacob became Israel, which loosely translated means “one who struggles with God” because of his night-long battle with the angel of the Lord. Joseph of the Old Testament was given a new name by the Pharaoh because of his new position, and in Isaiah 62:4 we read: Never again will you be called “The Forsaken City” or “The Desolate Land.” Your new name will be “The City of God’s Delight” and “The Bride of God,” for the Lord delights in you and will claim you as his bride.
In Biblical times, names had a meaning, so it only makes sense that if God changes who we are in Him, it’s not lying.
How does that apply to my pen name? Well, that brings us to the answer to the first question.
I (Leeann) was created to fulfill a specific purpose, including:
You will have your own reasons for creating a pseudonym. The most common reasons I’ve read about are: the desire for anonymity, the multi-genre issue, the new creation in Christ issue (if you wrote erotica, for example, in your ‘before’ life); and a desire to be somebody you just aren’t.
Please leave a comment about your thoughts on pseudonyms. As a reader, do you feel cheated if you find out your favorite author is really a pen name? 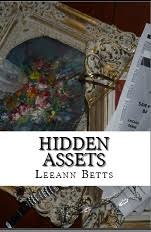 Carly Turnquist, forensic accountant, responds to a call from her friend, Anne, who is in the middle of a nasty divorce, and travels to Wyoming to help find assets Anne thinks her husband has stolen. But the mystery begins before Carly even arrives when she sees a man thrown off a train. Except there’s no body. Husband Mike uncovers an illegal scam in a computer program he has been asked to upgrade, and then Anne is arrested for her ex’s murder. Can Carly figure out what’s going on, and why a strange couple is digging in Anne’s basement? Or will she disappear along with the artwork, coins, and money?

About the Author:
Leeann Betts writes contemporary suspense, while her real-life persona, Donna Schlachter, pens historical suspense. She has released five titles in her cozy mystery series, By the Numbers, with Hidden Assets releasing the end of June. In addition, Leeann has written a devotional for accountants, bookkeepers, and financial folk, Counting the Days, and with her real-life persona, Donna Schlachter, has published a book on writing, Nuggets of Writing Gold, a compilation of essays, articles, and exercises on the craft. She publishes a free quarterly newsletter that includes a book review and articles on writing and books of interest to readers and writers. You can subscribe at www.LeeannBetts.com or follow Leeann at www.AllBettsAreOff.wordpress.com All books are available on Amazon.com in digital and print, and at Smashwords.com in digital format.
Facebook
Twitter
Books
Posted by Delia Latham at 1:30 AM