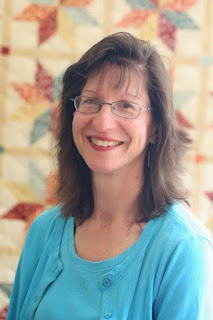 When You're at Odds with God

Have you ever found yourself at odds with God? Let’s face it, in any real relationship there are disagreements, and if we’re honest with ourselves, we’ll admit we occasionally have a falling out with God. Times when we’re disappointed about an answer He’s given us or angry about something we think He’s allowed and we can’t fathom why.

God understands when we get upset with him, and I think He welcomes our sincere questioning, not flippant or disrespectful, but genuine inquiries that come from our hearts. Ruth Brown, the protagonist in my upcoming novel Under Fire, is furious with God for allowing Pearl Harbor and personal tragedies in her life. Throughout the story, she questions Him about incidents that occur. Because she seeks answers, He provides them. Some of the answers are not ones she wants, but He gives her peace to deal with those.

My protagonist, Ruth, is no different than the biblical characters who also struggled with hurt, loss, and injustice. Consider Job who loses everything and asks God what He did to deserve such treatment. How about Gideon? In Judges 6:13, he asks God if He’s with them: “How could this have befallen us?” Both the prophet Jeremiah and Habakkuk questioned God about how He could let things happen to His people. And we can’t forget Moses who quizzed God constantly about what He was thinking. In each of these cases, God responded in love and gave the individual peace about the situation.

Authors are encouraged to write what they know. In order to craft Ruth’s journey from anger to acceptance, I examined my own relationship with God and realized I had unresolved issues about times I felt He had let me down and answers I was upset about. It took a lot of prayer, prayer that involved listening to God’s side. That was the difficult part. I realized that a lot of my conversations with God were actually monologues—me doing most of the talking and very little listening. I came out on the other side with some bumps and bruises (remember Joseph’s wrestling match with the angel of God?). But as a result I have a deeper relationship with God and a fuller understanding of His work in my life.

Are you upset with God? Are you hanging on to past hurts? Are you struggling to understand how He could let something happen that caused you or your loved ones grief? I pray you’ll approach Him with honesty and an open heart, so He can give you the peace he wants you to have.

Ruth Brown is a small-town journalist whose sister Jane, is pronounced dead after a boating accident in April 1942. Because Jane’s body is missing, Ruth is convinced her sister is still alive. A series of events and discoveries raise Ruth’s suspicions about Jane’s work at the local manufacturing plant. Eventually Ruth follows clues to war-torn London. By the time she manages to uncover the truth about Jane’s disappearance, Ruth has stumbled on black marketers, resistance fighters and the IRA—all of whom may want her dead for what she has uncovered.

Linda Shenton Matchett is a journalist, blogger, and author. Born in Baltimore, Maryland, a stone’s throw from Fort McHenry, Linda has lived in historical places most of her life-from Edison, New Jersey (named for the famed inventor of the lightbulb) and Washington, DC to Wolfeboro, New Hampshire (reputed to be the oldest summer resort in America). A freelance writer for over ten years, her articles and devotionals have appeared in numerous print and online publications. She is a volunteer docent at the Wright Museum of WWII and as a Trustee for the Wolfeboro Public Library. Active in her church Linda serves as treasurer, usher, choir member, and Bible study leader.


Purchase Under Fire
Posted by Delia Latham at 1:30 AM