The second Picnics & Promises novella in my series of highlights is by one of my fellow Pelican Book Group authors...Clare Revell. I haven't yet read ZARA'S FOLLY, but the following excerpt has me settin' on ready. Way to go, Clare! 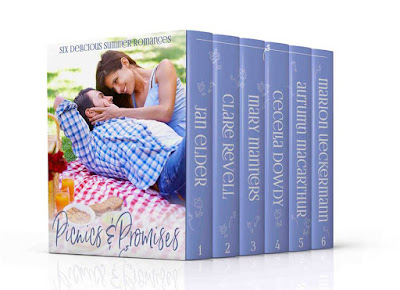 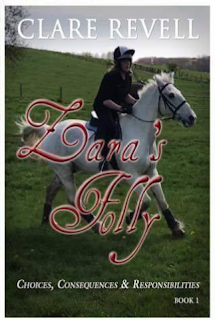 British equestrian, Zara Michaels, heads south to convince TJ Greggson to sell his property to her developer father. Any way she can.TJ co-owns the stables, catering to disabled children—his life’s purpose. His brother wants to sell. TJ doesn’t. Can TJ help untangle Zara from her past follies, or will their secrets destroy them both?


ZARA MICHAELS RAN DOWN THE STAIRS to the platform, praying the train wouldn’t leave before she boarded it. The guard was closing the doors as she reached the train. “Wait,” she called.
He turned and held the last door open long enough for her to plunk her case inside and climb in after it. “Have a good trip, miss.”
“Thank you.”
Somehow she stowed her case and rucksack in the one remaining space on the luggage rack. The automatic doors to the main carriage hissed open. Zara made her way down the already swaying carriage in search of her seat. She’d almost missed the train, thanks to her sister Kim’s incessant meddling, not to mention yet another lecture from her father.
One blessing in disguise. At least her forward facing seat was empty. These days not even a reserved sign guaranteed that. And the way the day was going she’d expected to find someone already sitting there.
She regarded the old lady in the aisle seat and managed a faint smile. “Excuse me. May I get past you, please?”
“Of course, dear.” The old lady stood to allow Zara access to her seat.
“Thank you.” Zara suddenly teetered into her seat as the train jolted over the junction points to the main line. She put her handbag on her lap, squashing it between the table and her middle. She turned to the window, pushing her glasses up her nose as the train sped up. The houses and factories of York slid by, becoming sparser before turning into fields and trees as the city was left behind.
Zara focused on the window, the trees and forests, fields and streams zipping by. Faster and faster, clickety-clack, the train sped through the English countryside—relentlessly taking her into pastures unknown, but at the same time along a path she knew all too well.
“Tickets, please, ladies and gents.”
Zara pulled her ticket from her bag, along with the reservation card and held them out to the conductor. He glanced at them and nodded as he handed them back. Zara returned them to her purse. Her phone beeped and she sighed. The photo of Jordan was obscured by a message that read Kim Mob.
Can’t you leave me alone for an hour, sis? What do you want now?
The message made her heart sink lower. Are you really going to do this? Aunt Agatha loves that place. Tell Dad no more. So what if he disinherits you b/c you want a life of your own and don’t want to do his dirty work anymore? Is the money really more important?
Another text quickly followed.
Are you there? You made a commitment to Christ, Za. You can’t go back on that and compromise your soul.
Then a third message.
Call me. Or at least promise me you know what you’re doing. And make sure you call Jordan every night.
Zara scowled. “Course I will,” she muttered. “I’d hardly go away and not call, now would I?” She shoved the offensive phone to the bottom of her bag. “Now try bothering me.”
The old lady cocked her head and stared at her. “Are you all right, dear?”
“Yeah. Tired of my phone beeping.” 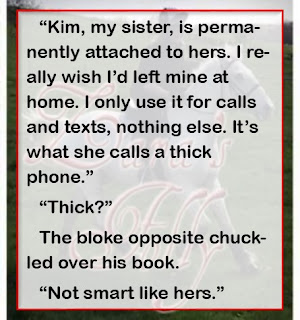 Clare is a British author. She lives in a small town just outside Reading, England with her husband, whom she married in 1992, their three children, and unfriendly mini-panther, aka Tilly the black cat. Clare is half English and half Welsh, which makes watching rugby interesting at times as it doesn’t matter who wins.
Writing from an early childhood and encouraged by her teachers, she graduated from rewriting fairy stories through fan fiction to using her own original characters and enjoys writing an eclectic mix of romance, crime fiction and children's stories. When she's not writing, she can be found reading, crocheting or doing the many piles of laundry the occupants of her house manage to make.
Her books are based in the UK, with a couple of exceptions, thus, although the spelling may be American in some of them, the books contain British language and terminology and the more recent ones are written in UK English.
The first draft of every novel is hand written.
She has been a Christian for more than half her life. She goes to Carey Baptist where she is one of four registrars.
She can be found at:
http://www.revell124.plus.com/clarerevell/
https://www.facebook.com/ClareRevellAuthor
https://twitter.com/ClareRevell
http://telscha.blogspot.co.uk/
https://uk.pinterest.com/ClareLRevell/
https://www.instagram.com/clarerevell/
https://www.amazon.co.uk/-/e/B005NZT2O2
https://www.amazon.com/-/e/B005NZT2O2
http://pelicanbookgroup.com/ec/index.php?main_page=index&manufacturers_id=45

If you’d like to receive information on new releases, new covers, and new writing projects, please sign up for my newsletter. I promise I won’t pass your email on to anyone else, you won’t get millions of emails from me – four, maybe six a year if that.