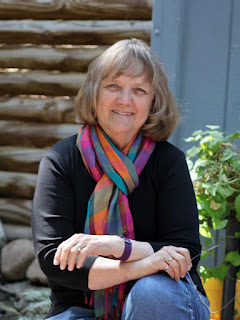 People love to share their plot ideas once they find out you are an author. Truth is, for most writers, there are far more story ideas than time to write.
Most plots grow out of an author’s experiences. That is certainly true for me.
My debut novel grew from my time at Eighth Army Headquarters, South Korea. The Pendant’s Promise, published in 2012, chronicles the lives of three people who met during the Vietnam era.
A second book with the same characters came about because readers wanted to know more about their past. While flattered at the readers’ desire to know more, the requests put me in a quandary.
Stories about actions and events that precede something else are called preludes and usually written first. The order of publication would be all wrong.
Still, after multiple appeals over the next year, I caved and published a prelude then moved on to other writing projects.
I never dreamed there would be any more books about the three characters, but recently, a reader contacted me and wanted to know how two secondary characters in the original story got together.
That story idea had not occurred to me. Plus, it had now been years since the out-of-order prelude. Would readers even want to read another book with the same characters?
I promised her I’d think about it.
Shortly after my discussion with that reader, I stumbled upon an article about the recovery of the remains of First Lieutenant William Ryan, who was killed in action when his plane was shot down in Laos on May 11, 1969. After nearly 48 years, Lieutenant Ryan will be buried in Arlington National Cemetery on May 10, 2017.
After further research on POW/MIAs and reading numerous personal accounts of families with loved ones missing in military actions, I realized there were so many wives and mothers without closure. An idea formed, one that would accommodate the time lapse between the previously published novels.
Until He Returns, the story my reader wanted, releases this summer. While writing it, another plot sprouted and now a fourth book in the PROMISES series is in the works.
As writers, we have all experienced long-winded discussions with those who have a story we should write. Most of the time, we simply smile and nod.
I’m so glad I didn’t this time. 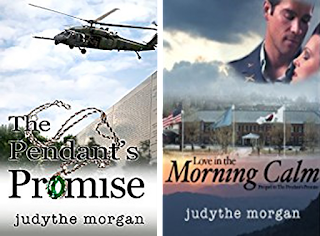 About UNTIL HE RETURNS:
Shirley Carlson’s husband has been MIA in Vietnam for decades. She’s filled her life with family, friends, her business, and David Sands’ companionship. Now David wants more. Only she wants her husband home and buried before she moves forward with another relationship.
David Sands has loved Shirley for years, patiently waiting for her to come to terms with her husband’s death. After one last assignment to the Middle East, he’s retiring from the Army. All he wants is Shirley at his side, as his wife. He proposes before he deploys.
Will Shirley make a commitment without closure to her past life, or will she watch her new love walk away?
Author Bio:
Award-winning author Judythe Morgan juggles many hats. She’s an Air Force brat, an Army wife, one time-Department of Army Civilian, mother/grandmother, antiques dealer, schoolteacher, mayor’s wife, and sometimes-church pianist.
Her diverse experiences bring life to her characters. Her belief in true love, second chances, and forgiveness means you’ll always find a happy ending.
She’s a member of American Christian Fiction Writers and Romance Writers of American.
Connect with Judythe:
Website
Blog
Facebook
Twitter


Sign up for Judythe’s newsletter to receive a free eReader copy of Love in the Morning Calm, Prelude to The Pendant’s Promise (the out-of-order prelude) in the PROMISES series and be first to know the official release dates for her new releases.
Posted by Delia Latham at 1:30 AM