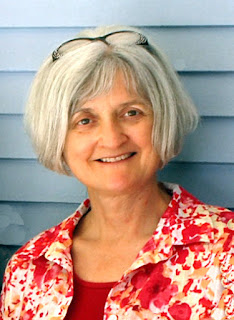 
Lost in the gorgeous musical score of Saving Private Ryan, I sailed into our little town after attending our country church. I stopped for appropriate stop signs, looked both ways, and continued into our alley and then the garage.
Getting out of the car, I glanced up to see our local police deputy had pulled in behind me and stood with arms akimbo. I hadn’t noticed anyone following me at all.
I took a few steps his way. “What did I do?”
“You never slowed down.”
“Never...but I stopped at the stop signs.”
“I’ve had my lights on from the highway, and you never slowed down. That one family has little kids, so I think they’d appreciate it if you took it a little slower next time.”
“Um...OK.”
He’s a friendly man, and kind. His daughter plays with my granddaughter, and we often see him at softball games.
As the week passed, I pondered his words: You never slowed down. About midweek, it dawned on me what he had meant.
I’m pretty sure he meant, “You didn’t slow down at the 45 mph sign just north of town.”
That had to be it because, obviously I did slow down several times as I passed through the intersections leading to our home.
Here’s the catch. For him, never means didn’t.
It’s not an obscure meaning, and most people around here understand both. But in this situation, his rendition of never became confusing. And that’s the way dialect often works. One person calls the breading mix you eat with turkey dressing. Another calls it stuffing. And the list goes on.
It behooves us to delve into the particular nuances of the area about which we’re writing. When my World War II scenes take place in rural Iowa where I spent my childhood, this conundrum can emerge.
For example, I know what farmers mean when they say, “separate hogs.”
But that phrase brought a question from my editor at one point. I explained that most folks in northern Iowa farm country know that separating hogs means to weed out the smaller ones from the larger, usually for the purpose of vaccinating or preparing for market.
But my editor had never heard of this process. It’s one of those phrases I needed to consider a bit closer, since some of my readers might not recognize the wording, either. In the end, we left it in, partly because the story takes place during World War II, so the reader expects dialect to have changed since then.
I’m glad for this morning’s reminder about dialect. I’m even happier that it came without an expensive driving ticket.

Pearl Harbor attacked! The United States is at war. But Addie fights her own battles on the Iowa home front. Her controlling husband Harold vents his rage on her when his father's stroke prevents him from joining the military. He degrades Addie, ridicules her productive victory garden, and even labels her childlessness as God's punishment. When he manipulates his way into a military unit bound for Normandy, Addie learns that her best friend Kate's pilot husband has died on a mission, leaving her stranded in London in desperate straits. Will Addie be able to help Kate, and find courage to trust God with her future?