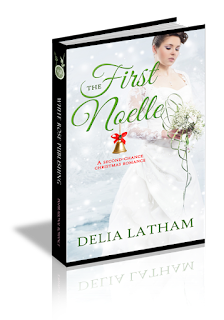 Noelle Joy stopped celebrating Christmas ten years ago, when Trevor Holden skipped out on their long-planned Christmas Eve wedding. He destroyed her trust in men, crushed her belief in God, and left her cynical about love. Gone is the bright, cheery spirit of the girl she thinks of now as “the first Noelle.” Stronger and savvier, the new Noelle would never be found waiting at the altar for a groom who didn’t show.

When a famous-but-mysterious architect commissions her to decorate his mansion for a holiday event, Noelle finally returns to her hometown. Even as she finds an unexpected peace in facing ghosts from the past, her fiercely private client disturbs her. Michael Holliday is kind and considerate, but far too handsome…and hauntingly familiar.

Holliday didn’t choose Noelle to make his home a Christmas wonderland by accident. She’s the only one who can do the job he has in mind—and once she’s in his mansion, he never wants to let her go. But he’s hiding a secret that could destroy any chance of a relationship with the beautiful decorator.


A false persona. A shattering secret. Can love break down these insurmountable walls? 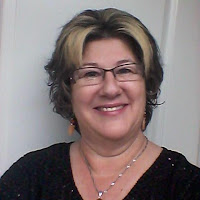 DELIA LATHAM is a born-and-bred California gal, raised in a place called Weedpatch and currently living in East Texas with her husband, Johnny. She enjoys multiple roles as Christian wife, mother, grandmother, sister and friend, but especially loves being a princess daughter to the King of Kings. She has a "thing" for Dr. Pepper, and loves to hear from her readers. Contact her through her website or send an e-mail to delia@delialatham.net. Find her also at the following online locations:

(Note: Since I don't review my own books, I'm including a commercial review.)

Reviewed by Deborah Stone for Readers' Favorite
The First Noelle: A Second-Chance Christmas Romance (Christmas Holiday Extravaganza) by Delia Latham is a well written and gripping Christmas romance filled with surprises. Noelle Joy still suffers the effects of a broken promise and a broken heart. Ten years earlier she was left waiting in the bridal dressing room at the almost Christmas Eve wedding to the love of her life, Trevor. Now, Noelle cannot trust any romantic relationship; she avoids all things Christmas and she has ceased talking to God. All of this is about to change when Michael Holliday, a presumed stranger, hires Noelle to decorate his house - for Christmas. As they begin to connect on an emotional level, Noelle pulls back at first. Is it safe to trust Michael? Should Noelle risk her heart again? As Michael's mysterious past comes to light, more than love is at risk.As with all of Delia Latham's novels, you will be entertained, touched, and never disappointed with The First Noelle. The well developed and multi-faceted characters come alive and the story draws you into its emotional, sometimes playful, compelling situations. Delia Latham is a gifted storyteller with descriptive writing that allows you to both see and feel her characters and what is happening to them and around them. The First Noelle is a tender story that could easily become a Christmas classic. This is Christian romance at its very best. The First Noelle: A Second-Chance Christmas Romance (Christmas Holiday Extravaganza) would make a great holiday movie. My one complaint about Delia Latham's books is that they are tremendously difficult to put down. I am a fan!

She fed Holliday’s address information into the built-in GPS. The route took her a good distance further up the mountain and miles off the main route. Noelle hadn’t known the beautiful, secluded area existed, despite having lived so close for the first twenty-two years of her life.
She pulled to a stop at a pair of imposing gates fronted by a guard shack. To her surprise, her heart pounded with expectation. Her mind wouldn’t be quiet either, tossing out a horde of unanswered questions.


Was Holliday an older man, or young for his accomplishments? Was he handsome? Maybe he was hideous, like the fairy tale beast, and that’s why he maintained such a fiercely private existence. Was he kind, as seemed to be indicated by the media-inspired title? Or was that all hype? Perhaps the whole Phantom Philanthropist thing was a ruse to hide his real personality, which might be anything from a mouse to a monster.
A man’s voice crackled across the air. “Identification, please.”
Holliday should be expecting her. Why all the cloak-and-dagger?
Well, his house, his rules. She dug out her driver’s license and the guard took it, his alert gaze darting back and forth, side to side, as if expecting an attack. Noelle bit back a giggle when he broke from his fastidious survey of the surrounding countryside to peruse her license, seemingly line by line. What did he expect to find there?
At last, he returned the license and gave a single, terse nod. “When I open the gates, follow the drive and park by the front steps. A valet will take your car.”
Sure enough, a uniformed valet met her at the base of a series of steps leading to massive oak doors that would have served well in any medieval castle. The man actually smiled as he took her keys.
Having passed the intense scrutiny of the portly guard, it seemed she’d earned a bit more friendliness.
“Mr. Holliday will meet you at the door, Miss Joy.”
Potted plants lined each side of the wide steps—gorgeous bursts of azalea, bonsai-shaped miniature wisteria, hoya, plumeria, fuchsia, and a number of plants Noelle didn’t recognize and was almost certain shouldn’t survive the cold of the Northern California mountains. Holliday must have a sizeable greenhouse.
The door opened as she reached the top step. A man stepped outside, but seemed reluctant to venture beyond the shade of the overhang. He towered well over Noelle’s five feet, nine inches. Muscles strained at the cloth of his sleeves and across his chest.
“Good afternoon, Miss Joy.”
Something caught in Noelle’s heart, and she swallowed repeatedly. Had she heard that voice before? Why did it make her want to cry…or maybe scream and throw rocks through the beautiful stained glass windows that fronted the huge estate?
She allowed her gaze to travel beyond the broad chest to a firm, square chin, and upward. Nicely shaped lips curved into a smile that seemed a little shaky around the edges and revealed perfect white teeth. A straight nose, not too long or too short. High cheekbones.
For some reason, she avoided his eyes, instead moving on to take in soft, slightly longish, golden-brown hair with a smidgen of gray at the temples.
“Miss Joy?” A hint of concern tinged the oddly familiar voice.
Noelle swallowed again and forced her cowardly gaze to his, only to be caught in a dizzying vortex of confusion and familiarity.
I know this man. I’ve met him before. Where?
She stood up straighter, hiked her chin, and mentally donned the ice cloak that had stood her in good stead over the course of her career. Holliday wasn’t the only one with a media-dubbed moniker. She had one of her own, and the Ice Princess of Design wouldn’t be put off by a furrowed brow and a tense expression.
“Mr. Holliday. I’d like to get started right away, if you don’t mind.”
Forced to meet his gaze—his eyes were hazel, but somehow she’d known they would be—she saw a flicker of something that made her breath a little shallow. She was off her game, simply because those eyes held a strange familiarity that had to be imagined.
“Of course. Come in, please.”
Posted by Delia Latham at 12:01 AM